Serial interfaces are typically used to connect the host-controllers to peripherals such as terminals and printers. The data (information) transfers in or out sequentially, one bit at a time using a single conductor, making it is a cost-effective interface.

One of three serial interfacing modes (UART, I2C, and SPI) can be selected via jumpers J5 and J6. For all modes, the SBUSY/ DTR signal reflects the receive buffer state, and the TRDY signal indicates if there is data currently held in the transmit buffer, so these signals can be used for flow control. All the data received is stored in the internal receive buffer and processed in the order it is recieved.

•Data transmitted from the display is placed in the internal transmit buffer and sent, in order, when DSR = READY.

•TRDY signal does not need to be used. 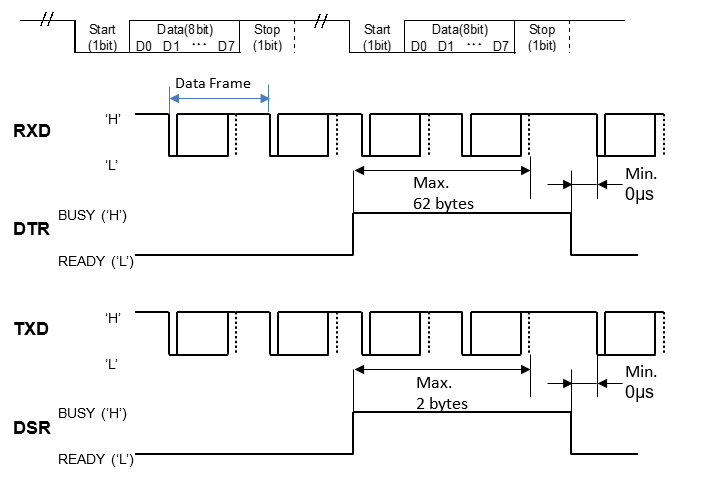 The display module operates as an SPI slave; data is sent and received in response to host (master) operations.

•The TRDY signal may be monitored, but the host (master) must still use the Status Read sequence before the Data Read sequence.p>

•The SBUSY signal can be monitored directly or via the Status Read sequence.

When 0x44 is input as the first byte, the module receives the 2nd and subsequent bytes as data. 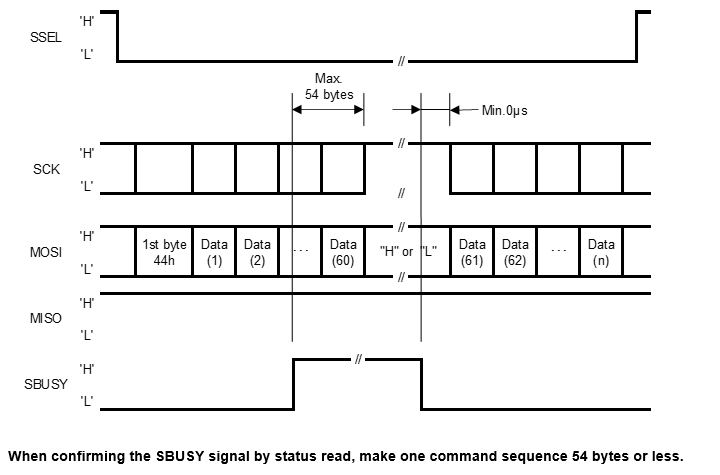 m: The number of data bytes reported by the Status Read command(TL of status byte).

When 0x58 is input as the first byte, the module outputs status data. For the 3rd and any subsequent bytes, the most recent status data is provided.

Note: Module does not respond to the general call address (0x00).

The display module operates as an SPI slave; data is sent and received in response to host (master) operations.

Note: If clock stretch is applied during processing of a command, the host (master) will not be able to send or receive any more data until command processing has finished.

If TRDY = EMPTY, 0xFF is transmitted from the module in response to a read sequence.

In addition to the clock stretch function, flow can also be controlled by monitoring the SBUSY signal. SBUSY signal changes according to the receive buffer state. The host should send data when SBUSY=READY. 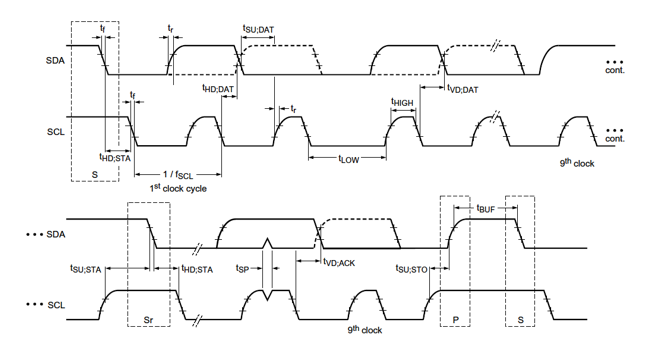