This webpage is intended as a text supplement for the video above. This page will provide all of the necessary information (web links, images, etc.) to achieve the goals accomplished in the video tutorial.

I will be explaining every single line of code in the example program that is automatically generated when you create your first menu file. 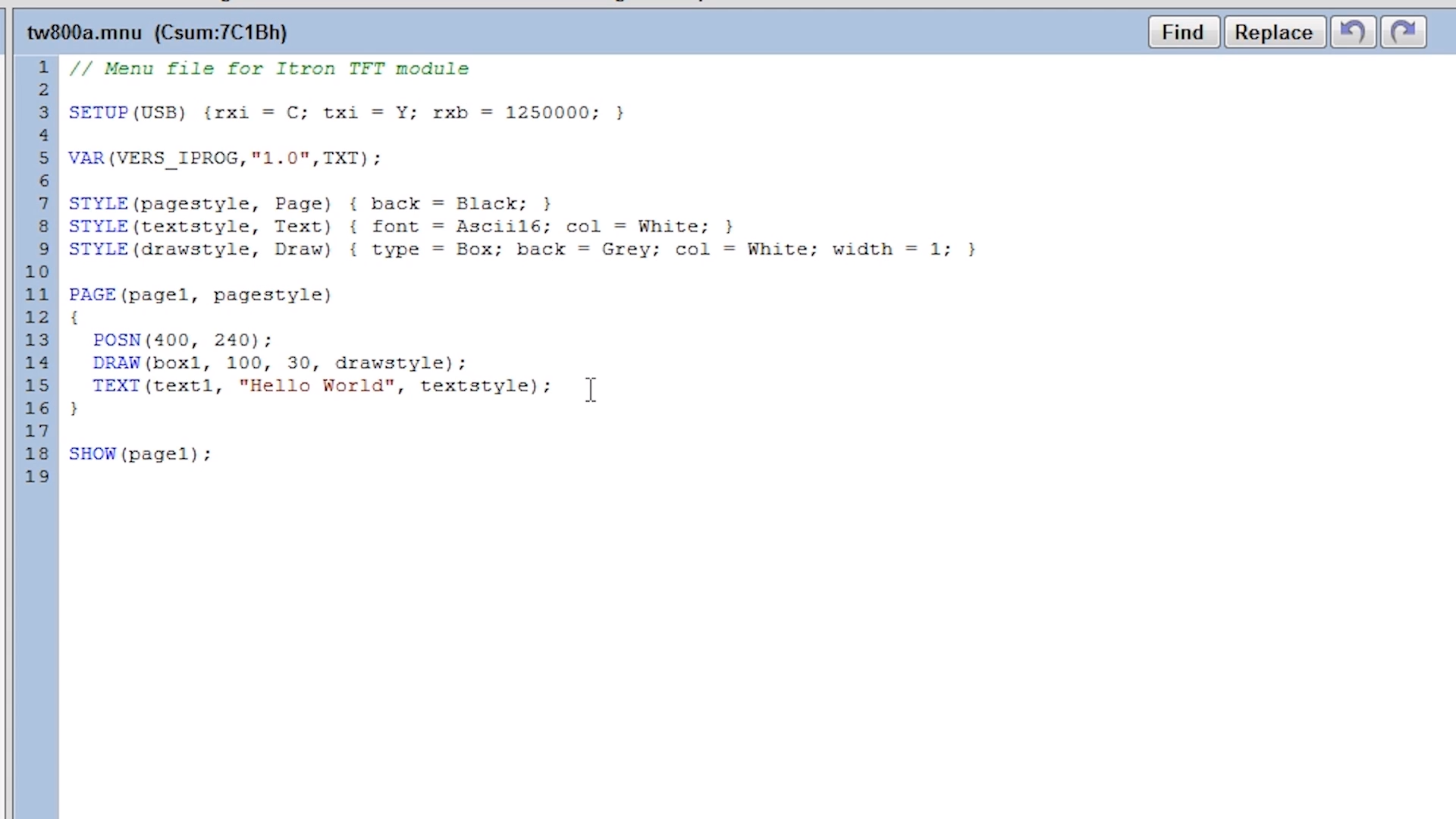 This is a very important line.

It starts with SETUP(USB) and this essentially sets up the USB communication so you can send and receive files between the PC and your GT-EP module.

This is an example of how to set up a variable.

VERS_IPROG is the name of the variable.

Style commands essentially set the parameters for whatever they are describing. The following grouping of three style commands sets the page, text, and draw styles for the program.

This first style is a page style for the main page and all its doing is setting the page’s background to a black color.

The second style is a text style setting the style of whatever text you might want to write. This example set the text font to ASCII16 and the color to white, so there will be white text.

The PAGE command set up a page that we want to show later. This example is using the page style that we instantiated earlier. So this page will have a black background.

So this is being labeled as box 1 and its being drawn with a width of 100 and height of 30 and it’s using the draw style that we talked about earlier up here so it will be a box, that’s gray , with white outline, with an outline width of 1.

We will also use the TEXT command, and again this is labeling the text as text 1.

This last command SHOW(page1); is doing exactly what it says.

It’ll show whatever we’re doing in page one on the display.

To actually see what’s going on let’s go up and hit run.

Now we haven’t saved a project yet so let’s do that. I’m going to save it as the same thing I labeled it before. 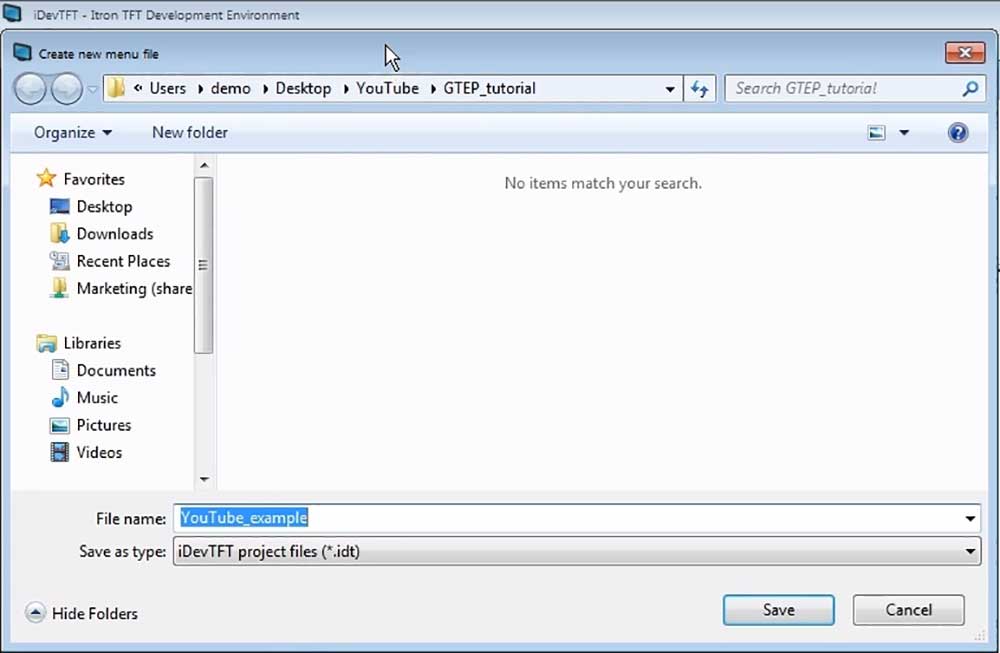 So hit save and now it runs the example program. 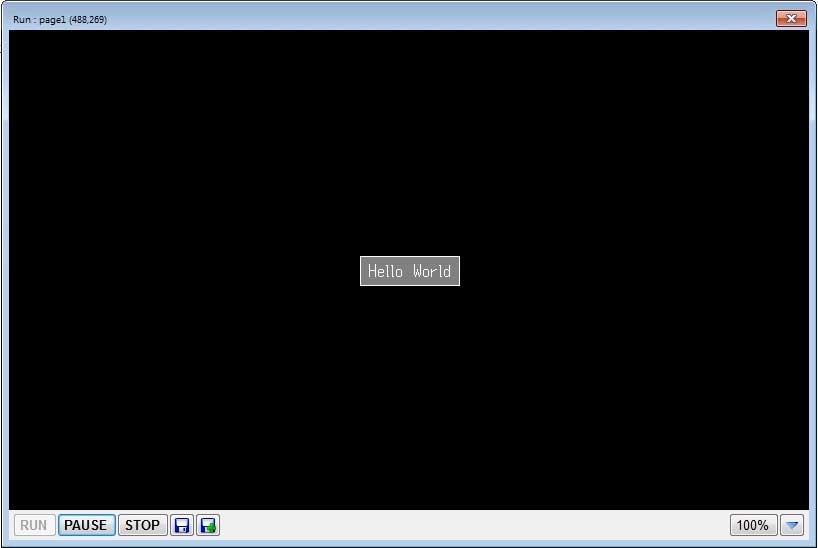 So it’s in the exact position that it was saying before with a gray box that has a white outline with “Hello World” in white text.